We are underway.  The building has really begun.  Well actually the digging has begun.  There is still some work on the shop to be completed which is fully dependent on my availability.  I of course still live in Kapsowar and have to drive the 2 hours to Eldoret with all of my tools to get anything done. 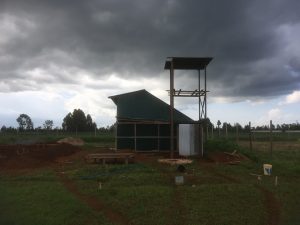 Thankfully there is a team in place to work on the house itself.  We got our plans drawn up after multiple changes on the soft copy.  Now we are in phase one.  The digging process.

What’s great about building here is labor is relatively inexpensive compared to other parts of the world.  So man power to dig all the trenches four feet deep isn’t to expensive.  It takes a little time of course, but in the end works well.  The only set back now is the rain.  It keeps falling from the sky and filling the foundation trenches.  The rain is also responsible for making the road to the building site impassible so we are not able to readily deliver the materials needed to start going up.

In the end we are very thankful for all who have generously given toward this project for the future of Family Keys International and our family.  We are excited to see some stones go in the ground and the building to rise up out of the mud. 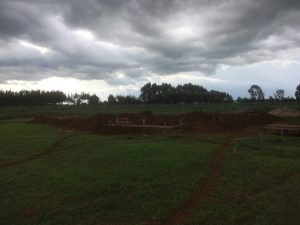 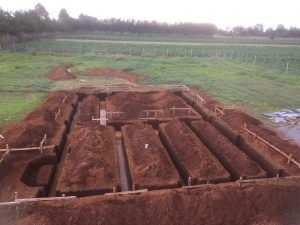 I Have Become So Soft

I was talking with a friend recently who has lost his home and livelihood do to an unprecedented flood in his region.  He was separated from his family as they were housed in a small school with other women and children.  In turn he was left to build a temporary house made of sticks and plastic bags during the rain and floods.  We were able to help get him and others some food and essentials until he figured out a more lasting solution.  After a few weeks he was able to take a canoe to a dry village in the county and find a mud hut for rent.  He had no money but the hut owner was willing to trade him a months rent for a couple of goats.  A good bargain I guess.

That’s when he called me and explained his predicament.

Friend: “Joshua, I found a place to stay.  I want to bring my family to stay with me but I have nothing to sleep on.  Can you help me get a mattress?”

Me: “Of course we can help you.  How many mattresses do you need?”

Friend: “Only one brother.  I know they are expensive.”

Me: “One? Don’t you have a pregnant wife and 3 children?”

Friend: “Yes brother, but one is enough for me and my family.”

I was caught again in that place where I usually try to avoid.  You know.  That uncomfortable place.  This time I was face to face with my own weakness.  The reality of how soft I have became as an American male slapped me right between the eyes.  I know there are many ways to justify it and many excuses why I should not feel that way, but they are all lame.

My heritage is actually amazing when properly considered as is many Americans.  I am a product of pioneers, explorers, conquerors and revolutionaries.  Still I strive, beg and struggle for comfort, dependability and security.  I don’t know how I got so soft, but I hope this isn’t my end.  I don’t want to be soft and ineffective but instead I want to be a conqueror in every situation. 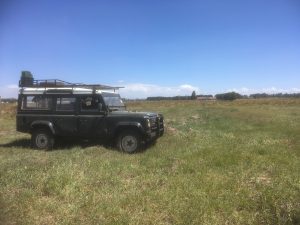 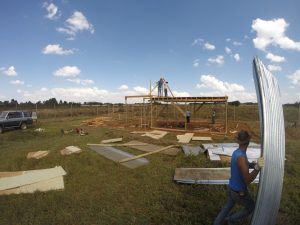 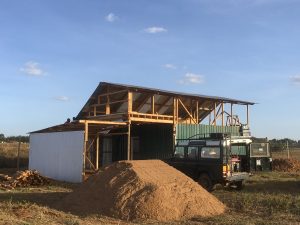 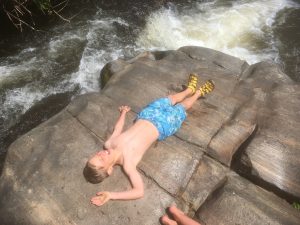 Sunning on the rocks 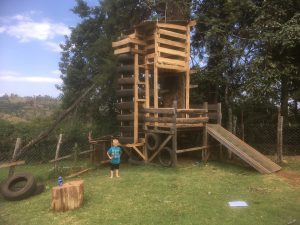 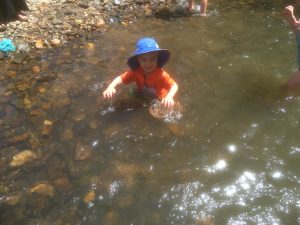 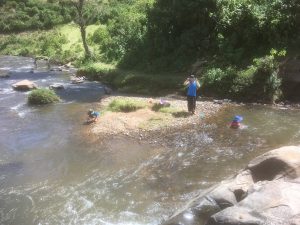 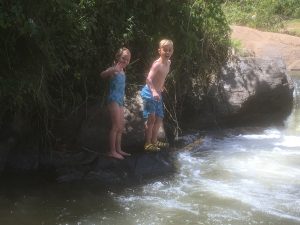 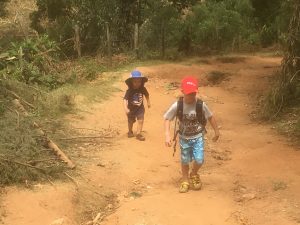 We are thankful for another year behind and a new year ahead.  A new beginning with new dreams and new adventures with and for Jesus.  We spent our last Sunday of 2017 by first ministering to the children in the pediatric ward at the hospital.  That lead us to a worship service with the hospital staff and some of the more mobile patients in the hospital.  After a quick lunch and costume change we trekked down to the river for some fun in the sun.  The typhoid infested water has not detoured us yet and praise God our kids are healthy.  Following the refreshing swim we rested a bit until we were recharged enough to finish the penthouse sweet on the kid’s playhouse.  This delightful day culminated with friends hanging out until midnight.  Tekoa was very proud to have stayed up until the new year for the first time.  It was a glorious day and a wonderful way to ring in the new year.  We are so grateful for the faithful love of God that never ends. 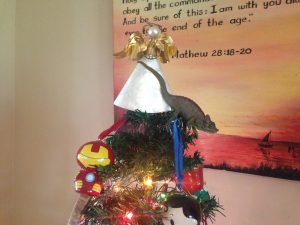 Christmas takes on a completely different feel here in Kenya compared to my childhood. As I was accustomed to cold weather, snow on the ground for sledding and snowmobiles, and bulky clothes in multiple layers I now am putting on sunblock and a big hat for protection from the hot equatorial sun. Although many things are different there are some atmosphere cultivating activities we still enjoy. The season appropriate music with simple decorations is one. Another is the generous hearts that erupt even from the humblest backgrounds of people around us. We are blessed to be able to spend time with a huge loving family in Eldoret and dear friends in Kapsowar. All the while we are reminding one another of the priority of our Father God to give and to love. Our lives are nothing if not poured out as a continual gift of praise to the One True Living God. Is there anything this world can offer greater then the gift of life we have in Him? Is there anything we can refuse to sacrifice after all He has sacrificed for us? He came down! Can we remain in His image this Christmas season?  Can we come down from our high places of self centeredness and be like God on this earth?  It’s God’s desire.  May it also be the desire of our hearts.

“Moreover, I will make My dwelling among you, and My soul will not reject you. I will also walk among you and be your God, and you shall be My people. I am the LORD your God.” (Leviticus 26:11-12)

There are many images that come to mind when I think of adventures in Africa.  None of those images are more iconic then a LandRover on safari.  The word safari is often correlated with searching out wild animals like lions, rhinos and cheetahs, but in fact safari is the word used for any journey one might take.  That is why LandRover is so important to us.  As it was the first vehicle ever seen by 60% of all developing country’s nationals due to it’s ability to traverse all type of terrain, it also exists as our family vehicle. 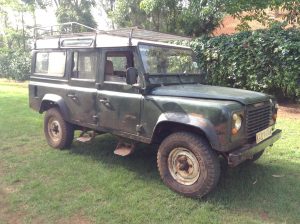 As a side note, this vehicle was once owned by a former President of Kenya.

We own a 1990 LandRover Defender 110.  This is an all wheel drive vehicle with a central differential lock.  Basically meaning it gets us through all the muck and bumps all the time.  It seats 12 people legally and many more otherwise.  Because of the many years LandRover has been in Kenya, parts are readily available as well as endless modification opportunities allowing us to customize it to our needs.

Through a generous donation we were able to purchase it and get a clean title (sometimes a challenge in Kenya).  It was neglected for many years by its previous owner and therefor requires elements of restoration.  Not a restoration to exact original specifications, but to specs necessary for our family and ministry use.

We were able to sell our old vehicle and put some of that toward replacing shocks, bushes, tyrod ends, brake cylinders, brake pads, master cylinder, clutch slave and a few small details.  From the picture you can see there is still a lot of work to do.  To name a few issues to work on we need seats belts, locking doors, functioning rear windows, new tires, and for maximum efficiency and functionality a 200tdi engine.

Considering our present condition and the rough road we often travel as well as the future ministry efforts we are currently pursuing this can become the ideal vehicle for our situation.

For more information and opportunities to donate toward helping us recondition this iconic LandRover visit our PRIORITY PROJECTS page.