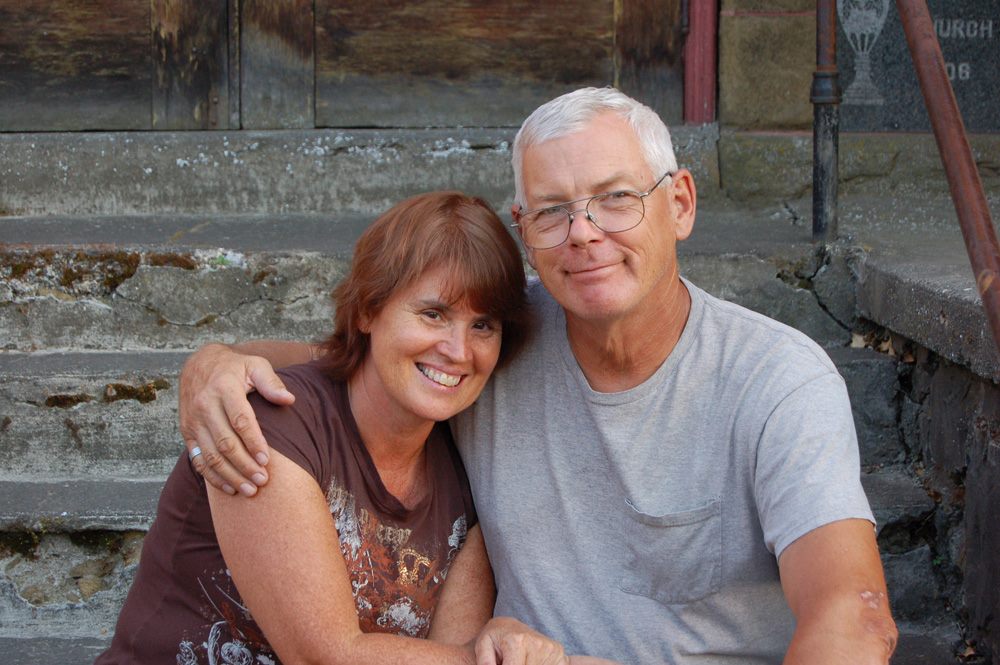 History: Horace and Phyllis Leister grew up in the Pacific North West of the USA. They were married in 1975 and have 8 children, 16 grandchildren and 1 great-granddaughter. They were foster parents for 18 years and fostered over 100 children. After receiving Christ as Savior in their 20s their life mission has been to give their lives fully to follow Him.  Horace and Phyllis Leister have a God given love for children and a passion to provide Home and Family for those with out.  They now have lived in Eldoret, Kenya since September 2007.

Horace is a builder by trade and has worked as a Union carpenter, house builder, and heating and air installer.  Acquiring these skills has enabled him to do just about any kind of building for the kingdom of God, which is his heart.

Phyllis has always been a home maker even when she worked in and out of their home as a preschool & kindergarten teacher, school bus driver, foster parent recruiter and  counselor.

Horace and Phyllis have served the body of Christ for the last 25 to 30 years in many different forms.  Horace serving in their local church as a deacon, an elder, and finally being ordained as a pastor in 2001.  Phyllis also served as Superintendent of Sunday School and Children’s Ministry for 8 years.  She was also part of the general and pastoral intercessors teams.

While continuing in this endeavor, Horace and Phyllis attended a conference  with some other church leaders in Kelowna, BC, Canada and heard a presentation done on providing homes for  children around the world.  During this meeting, God spoke to Horace about going to Africa to do this kind of missionary work.  Horace at first questioned this word.  He had never desired to go to Africa that was their eldest son Josh’s dream.  But when God confirmed this word to him in another meeting several months later, they began to make plans.  They sold their home of 16 years and everything else they could to follow what they felt was a call of God on their lives.

In 2006 Horace and Phyllis visited Kenya with a another Lewiston church pastor and his wife.  This couple conduct Schools for Pastor’s in Eldoret, Kenya.  This visit confirmed where they would be and within a year Horace, Phyllis, and their three youngest children moved to  Eldoret to begin the work that is now know as “ Tumaini Children’s Home”.

Our vision: To see children, and people in general, who have been orphaned or abandoned know that this is not their identity.  Giving them a new truth.  Their identity exist in God their father and Creator. Their future and potential is as large as He is.  We hope to bring about this new knowledge of identity, potential and a promising future by creating a loving, Godly home and family environment for those who have been set aside and discarded.  Giving them value and worth by our actions and sacrifices as Godly parents.

Mission Statement: Tumaini Children’s Home exists to provide a family setting for small children who have been orphaned and abandoned, for the expressed purpose of creating a sustainable identity and steady foundation that will bring about a a secure, reproducible pattern for their own future lives and families.

You can also find us on facebook – Tumaini Children’s Home or on our blog – Leister’s Kenyan Life.